Skip to content
To the mind that is still, the whole universe surrenders.”
– Lao Tzu 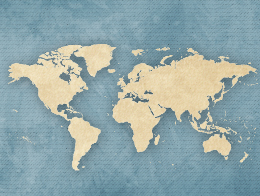 Beijing, historically known also as Peking, is the capital of the People’s Republic of China. It is known as a transport hub with a sophisticated network of roads and railways full of city buses and taxies yet with over 3,000 years of history preserved today, including The Great Wall of China. The official language of China is Mandarin.

Suzhou, located southeast of Beijing, was founded in 514 BC and has over 2,500 years of history. It is a major economic center of trade and commerce. The city’s canals, stone bridges, pagodas, and meticulously designed gardens have contributed to its status as one of the top tourist attractions in China. Both cities are destination interests of the Hefner Initiative China program. To learn more visit http://english.gov.cn

Singapore, officially the Republic of Singapore, is a southeast Asian city-state off the southern tip of the Malay Peninsula. Singapore’s tropical climate is year-round and the best time to visit is June through August. The Singapore population is highly diverse with the majority Chinese and significant minorities of Malay and India. English is one of the four official languages of the county and the main common language of the nation. To learn more visit www.gov.sg

Amsterdam and The United Kingdom

Amsterdam and The United Kingdom

Albemarle County, located in west central Virginia, USA, ecompasses the city of Charlottesville about 100 miles southwest of Washington, D.C. and 70 miles northwest of Richmond, Virginia. Albemarle is situated within the near the Piedmont Plateau, at the foothills of the Blue Ridge Mountains and at the headwaters of the Rivanna River. It is also home to the University of Virginia, where Robert and MeiLi Hefner’s four original sections of the Berlin Wall are on display, entitled, “Kings of Freedom”. To learn more visit www.albemarle.org

Boston, the capital of Massachusetts, is one of the oldest cities in the USA. It is home to Harvard University, a long-term partner of the Robert & MeiLi Hefner Foundation which fostered three Alumni of the University’s Kennedy School of Government and is the primary donor of the James R. Schlesinger Professorship of Energy, National Security, and Foreign Policy. To learn more visit www.mass.gov

Claremont is on the eastern border of Los Angeles County, California, USA, at the base of the San Gabriel Mountains. It is the city of The Webb Schools, partner to the Robert & MeiLi Hefner Foundation. Claremont is known for its many educational institutions, its tree-lined streets and its historic buildings. It is rated by CNN/Money magazine as one of the best places to live in the United States. To learn more visit www.ci.claremont.ca.us

Oklahoma City, Oklahoma, USA, is where the Robert & MeiLi Hefner Foundation is based. It is home to many of the foundation’s Hefner Scholars and to one of the foundation’s long-term partners the Oklahoma School of Science and Mathematics (OSSM). The state is known as the Sooner State and also the location of Robert A. Hefner’s gas and oil exploration company, The GHK Company, founded in 1959.  To learn more visit www.okc.gov